Because from 35-40 years old your skin needs to fight against the loss of radiance, discomfort, irregularity, the loss of elasticity and firmness, and the appearance of wrinkles and fine lines, Bernard Cassière has developed the Time Interceptor line.

For a NEW FORMULA at the forefront of cosmetic anti-ageing prevention, BERNARD CASSIERE has selected Tiger nut extract(Cyperus esculentus). It is an anti-ageing ingredient from an African plant of papyrus family which prevents the appearance of ageing signs.

Used for millennia, BERNARD CASSIERE has selected this extract because of its recognized properties to fight against the signs of ageing. Thanks in particular to its actions on the elasticity and
firmness of the skin, Tiger nut extract provides a real strengthened effectiveness to the TIME INTERCEPTOR line.

RESULT: A skin that visibly looks smoother and firmer: to be dazzlingly young !

With Time Interceptor, Bernard Cassière continues its commitment in aid of a fair distribution of the wealth on our planet, introducing in this anti-ageing line fair trade ingredients. 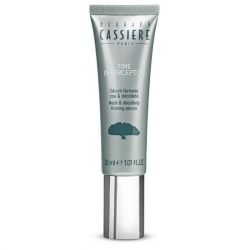 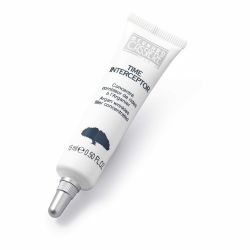